Meeting at the MFA Reception House 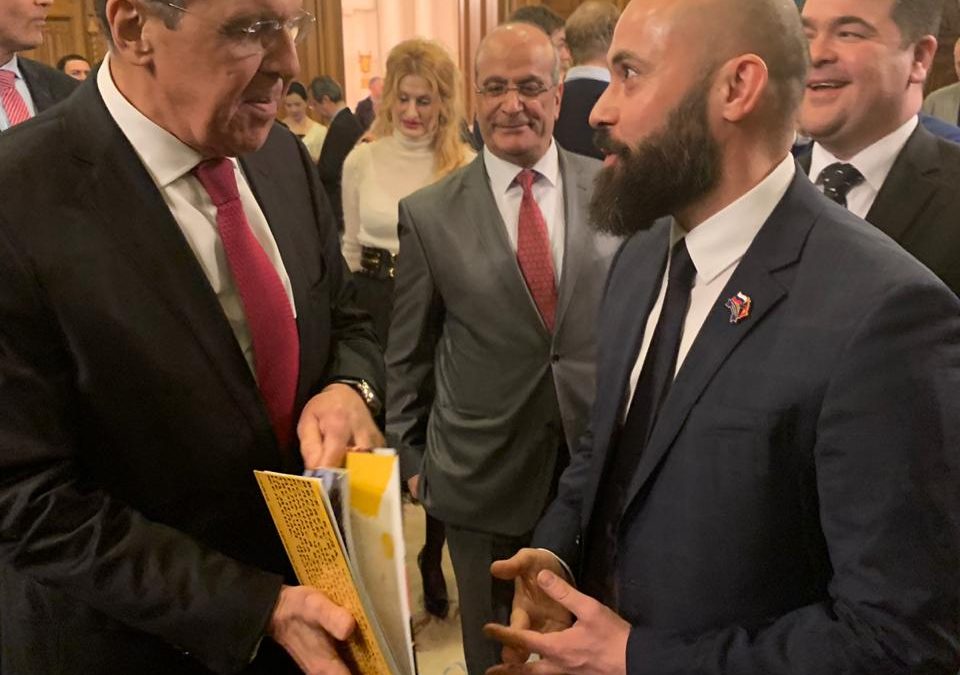 The first time – in December 2018, as a partner of the “New Generation” program of the President of the Russian Federation, which was successfully implemented in cooperation with Rossotrudnichestvo in October 2018 (the first Papua New Guineadelegation visit in the modern history of Russia) by the invitation of Rossotrudnichestvo and its Head Eleonora Mitrofanova.
The second time – on January 16, 2019 – on the result of collaboration at the Asia-Pacific Economic Cooperation (APEC) summit in Papua New Guinea in November 2018 by the invitation of the MFA RF Press, headed by Maria Zakharova.
The reception was held for the International Press with participation of the Minister of Foreign Affairs of the Russian Federation Sergey Lavrov, whom Nickolay Miklouho-Maclay presented as a gift the popular science publication “Journey to Maclay Coast”, published as a result of the research expedition, which stimulated him for beginning the social activities and running of the international socially important projects of the Miklouho-Maclay Foundation.
It should be noted about the unique building in the heart of Moscow, where the meeting was held.
The mansion of Zinaida Morozova is a Neo-Gothic estate in Presnensky district of Moscow, owned by Zinaida Grigoryevna Morozova, industrialist Savva Morozov’s wife. Built by architect Fyodor Shekhtel and considered a masterpiece of early Moscow Art Nouveau. The mansion was built in 1898, and Mikhail Vrubel participated as the interior designer.
In 1918, after Nationalization, the building was transferred under the People’s Commissariat for Foreign Affairs, and later, in 1938, transformed into MFA Reception House. During the Second World War, the mansion hosted the meetings of the Ministers of Foreign Affairs of the USA, Great Britain and the Soviet Union. In 1995, the mansion burnt down but was restored in accordance with the preserved technical drawings and photographs.