Miklouho-Maclay memorial. Gratitude through the ages 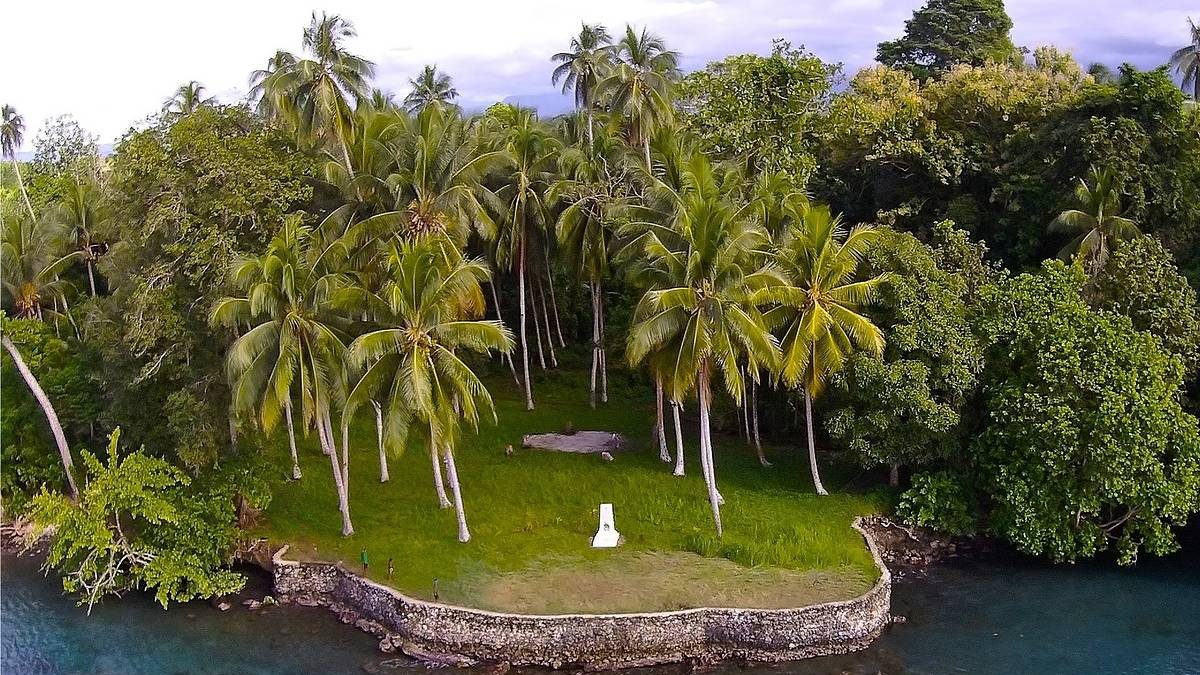 «Gratitude is the fruit of great cultivation; you do not find it among gross people».
Samuel Johnson, English literary critic,
lexicographer, poet of the Enlightenment

The year 2020 will be remembered not only because of the COVID-19. It will go down in history as a year of mass destruction of monuments to historical figures around the world. One of the main monuments is of Christopher Columbus. The discoverer of America is now positioned by some as a symbol of racism, slavery and genocide.
What does one need to do to earn gratitude and respect that will be preserved and passed on through the ages and generations?
Nikolay Nikolaevich Miklouho-Maclay, a world-famous humanist and scientist, gained fame as an ethnographer and naturalist, who had been researching in the North-East of the New Guinea Island for 2,5 years.
It is hard to believe, but the assumption that the hair of the indigenous population grow in tufts, toes are widely spaced, and the skin is rough, gave the right to some European scientists to claim the inferiority of the indigenous population of the Island, which became the basis for the slave trade in the region. N.N. Miklouho-Maclay debunked such speculations.
In 1877, he wrote in a letter to Prince A.A. Meshchersky: “… the existence of many races is absolutely natural to the laws of nature, we will have to recognize the rights of people of these races and agree that the extermination of dark-skinned races is nothing but the use of brute force and that every honest person should condemn or, if possible, rise up against the abuse of it.”
His contemporary Leo Tolstoy, who was impressed by the scientist’s humanism and people attitude, supported him. In a letter to the scientist in 1886, he wrote:
“I am touched and I admire in your work that fact that, as far as I know, you are undoubtedly the first to show by actual experience that a human being remains a human being everywhere, that is a good, sociable creature who must be treated with kindness and honesty, not with guns and vodka. And you have proved it by a feat of true courage that is so rare in our society. People have lived so long under the deception of violence that both the rapists and the raped have naively become convinced that this ugly attitude of people is not only between cannibals and Christians, but also between Christians is the most normal. And suddenly one man appears alone among the most terrible savages, armed with only mind instead of bullets and bayonets, and proves that all the ugly violence that our world lives with is only an old outdated absurdity, from which it is the time to free people who want to live intelligently.”
The scientist and the writer turned out to be like-minded colleagues in the most necessary science for humanity – the science of how people should live with each other.
Nikolay Miklouho-Maclay fought for the rights of the indigenous people of New Guinea, dreamed of the freedom and independence of the inhabitants of the Island and, first of all, the Maclay Coast in the North-East. His dream came true only after his death, in 1975, when Papua New Guinea gain its Independence.
After almost 150 years, the local residents speak with gratitude about Miklouho-Maclay, keep the memory about him and pass on the stories and legends about the traveler from generation to generation. This all became possible due to the respect for the culture and traditions of the peoples of the New Guinea Island, which made him one of the five most important people in the history of Papua New Guinea. UNESCO also praised Miklouho-Maclay’s works and declared him “Citizen of the World” in 1996.
Who would have thought that the principles introduced by Miklouho-Maclay would become an example for the modern generation in 150 years? We should all remember our countryman, who is loved in distant Papua New Guinea, and know that today’s sincere and respectful attitude will remain in the hearts and minds of the people to whom it is addressed.
So, there is N.N. Miklouho-Maclay memorial on the Maclay Coast (now Rai Coast) of the North-East of the New Guinea Island, on the spot where in 1871 the Russian scientist went ashore. It was installed in 1970 by Soviet seamen. The locals take care of it, showing an example of gratitude and their high level of morality.
“I will remember his work, his expeditions to New Guinea, his attitude that the residents of New Guinea are people. These ideas still echo in my head,” – says Midelit Okole Pius, a member of the first in the contemporary history of Russia delegation from Papua New Guinea.