N.N. Miklouho-Maclay and His Contribution to Earth Science. 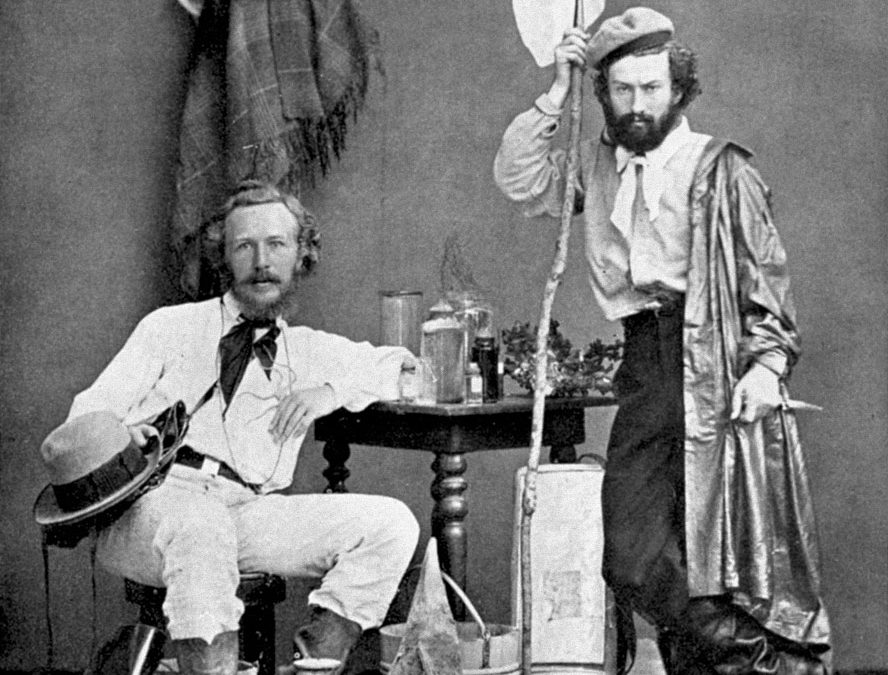 Nikolay Nikolayevich Miklouho-Maclay made Russian and world history by being an outstanding scientist, traveler, philosopher, and social activist. ‘The only goals of my life are advantage and success of science, and welfare of humanity’ – N. Miklouho-Maclay said. Researching a wide range of natural sciences, he significantly contributed to different areas of scientific studies. In the sphere of physical anthropology and ethnology, N. Miklouho-Maclay was the first who discovered the natives of the northeast coast of New Guinea Island (Maclay Coast) to the outside world. He lived about 30 months among the locals, studying their anthropological type, material culture, economy, and social life. By his studies, N. Miklouho-Maclay proved inconsistency of racist theories, which considered Papuans as the medium stage between humans and animals. Moreover, due to his patience, kindness, compassion and courage the scientist earned love, respect and admiration from locals of New Guinea Islands. As traveler and naturalist, N. Miklouho-Maclay made history by being not only remarkable ethnographer, but also zoologist, oceanographer, volcanologist and meteorologist.

As a biologist, N. Miklouho-Maclay supported evolutionist theory, though never officially told about that and avoided discussions on theoretical topics on that issue. Nevertheless, the evolutionist view and belief that living creatures, especially less developed ones, could change under external circumstances, are seen in all his studies starting from researches of sponges in younger age and ending with investigating structures of heterodont sharks. [1] Like most of his contemporaries, N. Miklouho-Maclay shared the idea of inherited acquired features. [2]

Miklouho-Maclay got an interest in oceanography when he was a student, while his expedition to the Canary Islands in 1866 with Ernst Haeckel (1834-1919), famous scientist, who established the term ‘ecology’. During the expedition, N. Miklouho-Maclay understood it is impossible to study sea creatures without researching the environment they inhabit.

In 1869 N. Miklouho-Maclay started his own scientific researches. He came to the Red Sea to study sponges and then noticed a fundamental distinction between fauna in the Red Sea, the Mediterranean Sea, and the Indian Ocean. N. Miklouho-Maclay explained this phenomenon by the highly increased temperature of the surface and bottom water of the Red Sea. [3] Indeed, bottom water temperature in the red Sea is about 21,5°C at the depth of 2604 meters, while at the same depth water temperature in the Mediterranean Sea is only 13–14°C, and in the surrounding areas of the Indian Ocean it is only 3°C. [4] As noted famous Russian scientist and naval officer N.N. Zubov, Miklouho-Maclay’s hypothesis that ‘only by accurate measuring of water temperature and its changes, its density, and consistency, sea currents, taking into account neighborhood with other sea creatures and all physiological and geographical conditions, in general, it is possible to explain appropriately why and how certain life-form developed’ is now commonly used in marine biology and oceanography. [5]

In 1870 Nikolay Miklouho-Maclay presented to the Imperial Russian Geographical Society his research program for travel to islands and coasts of the Pacific Ocean. It included complex hydrological studies, including measuring water temperature at different depths and distances from the coastline, exploring sea currents, coastal waters, etc.

His first journey to New Guinea Island (1870-1872) happened aboard the corvette «Vityaz», where the captain was Pavel Nazimov. «Vityaz» left Kronstadt in October 1870. After arriving to Portsmouth (England) Nikolay Miklouho-Maclay got six deep-sea leads with seizures for soil samples, 1000 fathoms (1830 meters) of five-millimeter lead and two custom deep-sea Miller–Casella thermometers from the Admiralty. [6]

In February 1871, while «Vityaz» traveled from Africa to South America, during the calm N. Miklouho-Maclay became the first scientist who measured the temperature of the Atlantic Ocean at the depth of 1830 meters. It was 3,5°C when at the surface it equaled 27,6°C. [7] According to his measurements, N. Miklouho-Maclay suggested that bottom water circulates constantly, and there is equatorial and polar water exchange. It is also possible that N. Miklouho-Maclay was the one who coined the term ‘ocean climate’, which is widely spread nowadays. [8]

To check the hypothesis of brilliant geographer and naturalist Alexander von Humboldt (1769-1859) about surface water temperature, decreasing while it is getting closer to the shore, N. Miklouho-Maclay measured surface water temperature while getting closer to Chile coast (the Bay of Concepción, Valparaíso), Easter Island, Mangareva, Tahiti, Samoa (Upolu Island), Fiji (Rotuma Island) and New Ireland Island, now belonging to the territory of Papua New Guinea

During his second expedition to the Maclay Coast in 1876-1877 in addition to ethnographic materials, Nikolay Miklouho-Maclay collected useful data about earthquakes in the region and discovered that the Maclay Coast is far from the coastline and it is ‘nothing less coral rife, rising from the sea’.

An outstanding Russian scientist has also greatly contributed to studies of the physical atmosphere. N. Miklouho-Maclay described accurately the process of cloud accumulation at mountain tops: ‘Firstly, in daytime wind drives wet layers of air to mountains, where it goes up, gets colder and forms clouds, condensing more and more when new fresh air is driven; secondly, when at night air above the sea is warmer than above the earth, wind from the coast appears, carries clouds away and reveals mountains, which could be seen only at the morning’.

Nikolay Miklouho-Maclay dreamt about biological stations build across the whole world. According to his thoughts, they should be temporary residence for scientists, where they could make experiments, collect data, research, and then move to the following stations. N. Miklouho-Maclay spoke up the idea in 1869 at The II Congress of Russian Naturalists and Doctors in Moscow. His colleagues supported the idea and Congress decided to establish the first station at the Crimea Coast in Sevastopol. [10] In 1871 Sevastopol biological station was opened, it was the first station in Russian and Europe, and the third in the world. Nowadays it is transformed into an important scientific institution, A. O. Kovalevsky Institute of Biology of the Southern Seas of the Russian Academy of Sciences.

Furthermore, Nikolay Miklouho-Maclay was the one who established the first biological station in the southern hemisphere, in Australia. He spent 7 years at the continent in total, and for the first time visited Sidney in 1878. His health condition did not allow him to continue his traveling across New Guinea and tropical regions of the Earth, he needed a temporary move to the country with a milder climate. [11]. Moreover, according to Sydney’s location and other reasons N. Miklouho-Maclay supposed it would be an appropriate place for the biological station [12], which he founded in 1881. ‘It was a small cottage, constituted by four cabinets, where naturalists of different nations could work without distracting each other’ – Miklouho-Maclay wrote in his diary [13]. In 1883, he came back from Russia and for two years worked at the biological station in Watsons Bay, studying shelves of Australia. Russian scientist saw this station as ‘the example of an international scientific institution, which would have great importance for biological sciences and its development’. [14]

«During travelling, the thought that I am advancing science brought me such a fulfillment that discomfort and difficulties seemed invalid. The only shadow for me was the feeling of lack of knowledge». – Nikolay Miklouho-Maclay.

2. Ernst Haeckel (at the left side) and Nikolay Miklouho-Maclay (at the right side)

3. The view of Gorendu village on the Maclay Coast. Drawn by N.N. Miklouho-Maclay