The 90-minute documentary “The Man from the Moon” premiered.

An announcement of the ‘Days of Russian Culture’ project

On November 16, 2019, a Memorandum of Understanding between the Russian Cultural Foundation and the Miklouho-Maclay Foundation was signed. 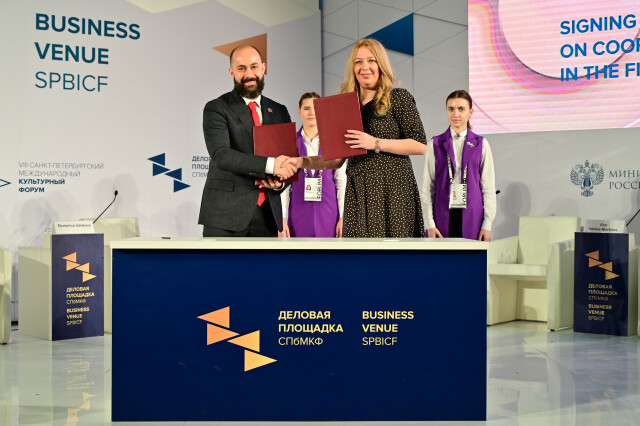 On November 16, 2019, a Memorandum of Understanding between the Russian Cultural Foundation and the Miklouho-Maclay Foundation was signed at the VIII Saint-Petersburg International Cultural Forum.

The subject of the Memorandum is the establishment of partnership and the development of long-term and effective cooperation aimed at the implementation of projects in culture, art, science and education. The program is designed for 5 years, due to which at least one joint cultural event per year is planned to be held.

According to the Memorandum, the Parties agreed to take joint actions to achieve the goals and solve the following tasks:

– Assistance in promoting and implementing unique social projects, including popularization of Russian culture on the territory of the Independent State of Papua New Guinea, Oceania and the rest of the world;

– Development of regular cooperation between Russia and Papua New Guinea in science and culture;

– Promotion of respect for representatives of all nationalities, cultures and religions.

– Spreading of reliable ethnographic, geographical, historical and cultural knowledge about Russia both among the population of Papua New Guinea and the rest of the world;

– Performing scientific and cultural conferences, seminars, exhibitions all over the world;

– Organization and support of the Miklouho-Maclay Foundation expeditions related to History, Ethnography and Archaeology;

– Creation and demonstration of documentary and feature films, reports and publications;

– Formation of a positive image of Russia on the territory of Papua New Guinea and the rest of the world;

– Interaction with public organizations and experts;

– Involvement of Russian figures of culture, art, science and education in joint projects.