Ethnologist’s notes of the Maclay expedition. 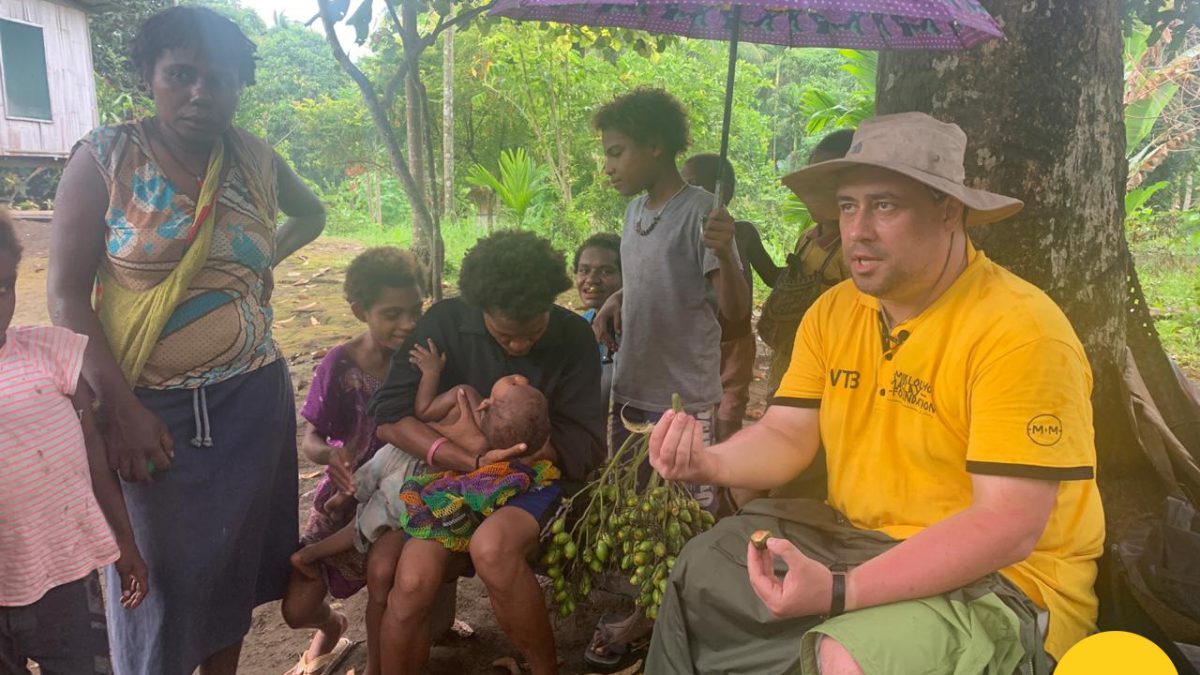 My field work in Gorendu village on the Maclay Coast is ended. Considering the results I can say the following: as in the previous epochs, bonguan people (now Gorendu villagers) are still engaged in subsistence farming. The basis of their livelihood is still agriculture, while hunting and fishing play a supporting role. The diet of Gorendu villagers consists of such crops as yams, taro, manioc, batat, banana, sugarcane, coconut and several others. Papaya is still very popular among fruits, which was introduced to bonguan people by Nikolay Nikolaevich Miklouho-Maclay in the late nineteenth century. Part of the agriculture products Gorendu villagers transport to Madang for sale. The largest exports are cocoa and coconuts. Gardenning is carried out in traditional way, but often with the help of modern tools. High crop yields allows Gorendu villagers to sell surplus products in street markets. Gorendu villagers hunt both birds and mammals, although preferably wild pigs. Most of Gorendu villagers got rid of pig breeding because they used to trample the crops in the gardens and pollute drinking water. Gorendu villagers breed chickens and dogs. Dogs used to be eaten in the past, but the Christian missionaries have put an end to this practice. Sea is rich with seafood for Gorendu villagers. They eat fish, crustaceans and shellfish (crabs, octopuses, etc.). Eating insects, as described by Nikolay Nikolaevich Miklouho-Maclay, is currently not found. Any meat or fish is subjected to heat treatment before use. In addition, food products purchased in Madang (rice, tea, coffee, sugar, etc.) are consumed in small quantities. They drink fresh water, coconut juice, or, in some cases, purchased soft drinks. Hot tea and coffee is very popular in some families.

One of intoxicating substances that is very widely used is a chewing mixture of betel nut, which consists of three parts: the nut of Areca palm, stems of Piper Betle and a pinch of lime (made from coral or shells). In the process of chewing of this mixture, saliva and oral cavity are growing colored in red. Betel chewing is a deeply rooted tradition of many New Guinea peoples, but is also common in other parts of Melanesia, Western Micronesia, Southeast Asia, South Asia and the coast of East Africa. Light narcotic drink Kava, which in the past were produced and used by bongu people, currently is not used because of missionary influence. In New Guinea, Kava was known only in some areas of the Coast, particularly on the Maclay Coast.

In General, Gorendu villagers traditional way of life (agriculture, farming) allows them to be completely Autonomous community and preserve other aspects of cultural traditions.

Gorendu villagers do not have passports other identity documents.

PhD in history, research fellow at the Center for Asian and Pacific studies of the Institute of Ethnology and Anthropology of the Russian Academy of Sciences, member of the expedition “Miklouho-Maclay XXI century. Maclay Coast” 2017 and 2019