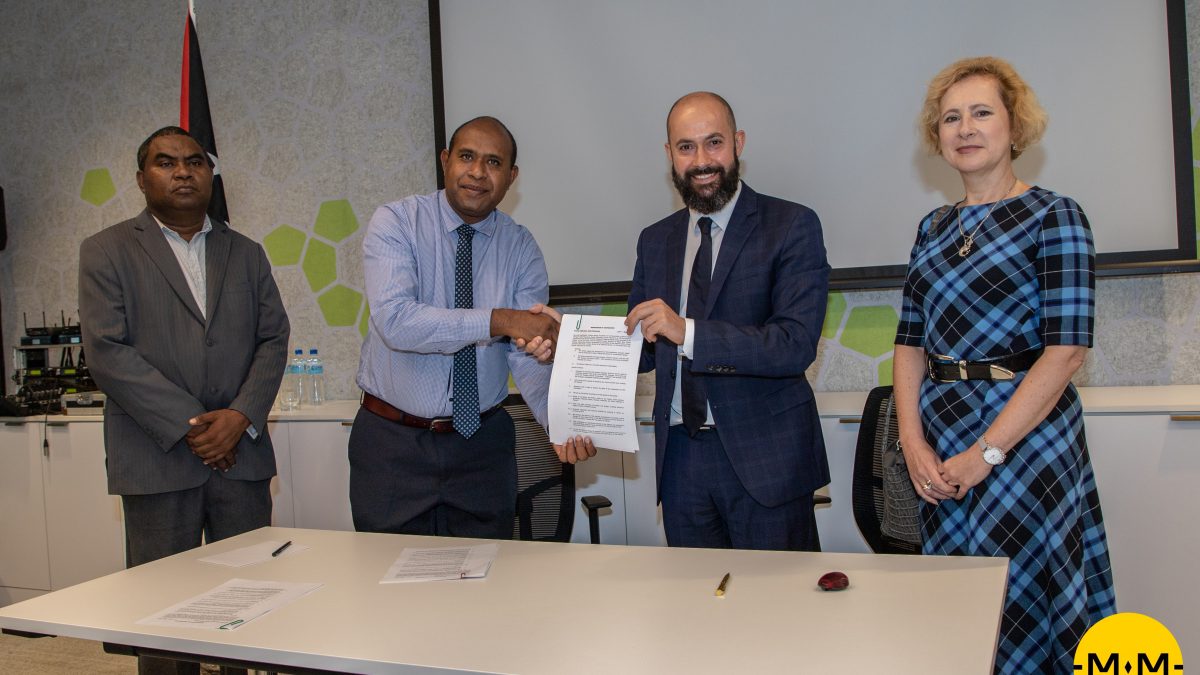 We remind that on May 13, 2019, the meeting “Russia – Papua New Guinea: cooperation perspectives”, as the first ever Russian business mission to Papua New Guinea, was held in the capital of the Independent State of Papua New Guinea. The meeting was organized by the Miklouho-Maclay Foundation with the support of the Ministry of Foreign Affairs of the Russian Federation, Port Moresby Chamber of Commerce and Industry, VTB Bank, “Maclay Investments”, with the participation of Papua New Guinea business community.

The meeting was attended by the representatives of the Miklouho-Maclay Foundation, business community, Ministries, National Library and Archives of Papua New Guinea. During the event, the participants shared their opinions on perpective areas of trade and economic cooperation between the countries.

Miklouho-Maclay Foundation Director gave the opening speech. It was spoken as follows:

I really appreciate your attendance at this meeting, which I am sure is bound to further strengthen the close and friendly relations between Russia and Papua New Guinea that are rooted in our shared history.

It is equally worth noting that this is also a matter of personal concern which I feel very keenly about. As you know, my great grand-uncle became the first European to set foot on the Rai Coast (Maclay Coast), in the Madang Region, and make friends with indigenous people. In 2017, when I travelled to the Rai Coast with a team of scientists from Moscow and Saint-Petersburg, I made a most wonderful discovery: 150 years later, the local community still retained the memory of Miklouho-Maclay and Russia and accorded us a hearty welcome, putting up a Russian flag and singing their national anthem. I was overwhelmed by such cordial reception and open-hearted attitude and felt compelled to dedicate the subsequent years to fostering relations between our two nations. Miles may lie between us; as a kid, I would study the map and marvel at how distant Papua New Guinea was, a world away. It took Miklouho-Maclay 10 months to get there. In 1971, Russian scientists reached it in 4. At the time of our first expedition, it took us only 6 days to travel down to PNG, and this time we got here in just 3 days – from the moment I left home to the moment I arrived in Madang. This is a long journey, but it’s worth the trouble. New technologies help us stay in touch despite the distances and time zones.

The primary goal of the Miklouho-Maclay Foundation is to serve as a partnership bridge between the two nations. We are thanking our partners from Russia and PNG for their assistance in organizing this meeting This meeting has been made possible through the efforts of the Miklouho-Maclay Foundation and its partners in Russia and PNG, which is committed to fostering fruitful partnerships between the two nations across different spheres.

It is often the case that business relations driven by mutual financial interests alone prove unsustainable in the long term, especially if there’s no profit to rekindle the fire. That is why it is symbolic that our relations with PNG rest upon something that no money can buy – our historical bonds established 150 years ago.

I would like to take a moment now and show you a brief presentation outlining our main goals and activities.

Over the last 2 years alone our Foundation has held a number of events both in Russia and PNG, such as: photo exhibition arranged upon the completion of the 2017 expedition, showcasing the copies of MM’s sketches and made in the 19th c, over 35 exhibitions attended by over 15,000 people, a documentary ‘The Man from the Moon’ recounting the history of PNG and Russia shown on 4 national channels and currently watched by over 10 mln people, the visit of the first PNG delegation to Russia of university academic staff and young diplomats with the purpose of getting to know Russia, to be followed with a documentary movie.

Moreover, a book entitled ‘A Journey to the Maclay Coast’ was published in conjunction with the UPNG university. We also organized the research expedition to the Rai Coast with the assistance of the Madang University and UPNG and scheduled the launching of Russian Corners in Port Moresby and Madang in tandem with our PNG partners that aim to familiarize PNG nationals with Russian culture. All this has laid a solid groundwork for trustful partnerships, which, in their turn, became a basis for business collaboration. Further impetus for this collaboration was given at the meeting of Russian and PNG Prime Ministers at the APEC Summit.

Miklouho-Maclay Foundation had held a number of meetings conjointly with the Ministry of Economic Development for representatives of the Russian business community, where it showcased the potential of doing business in PNG. Following this meeting, a number of Russian companies authorized us to represent their interests in PNG in all areas of cooperation that might be mutually beneficial, namely, gold mining, oil and gas exploration and extraction, agriculture.

I am happy that we have a chance to discuss the matters at hand prior to the forthcoming meeting of the two Prime Ministers.

We will also be able to arrange follow-up meetings both in PNG and Russia, and naturally, we can settle certain pertinent issues on the spot, looking into each other’s eyes.

We are lucky to have an analyst as part of our team, who will give you a perspective on mutually beneficial areas of collaboration.»

As a result of this meeting, the Miklouho-Maclay Foundation will take part in the Saint-Petersburg International Economic Forum in order to establish relations with representatives of the Russian business community for further cooperation in Papua New Guinea.