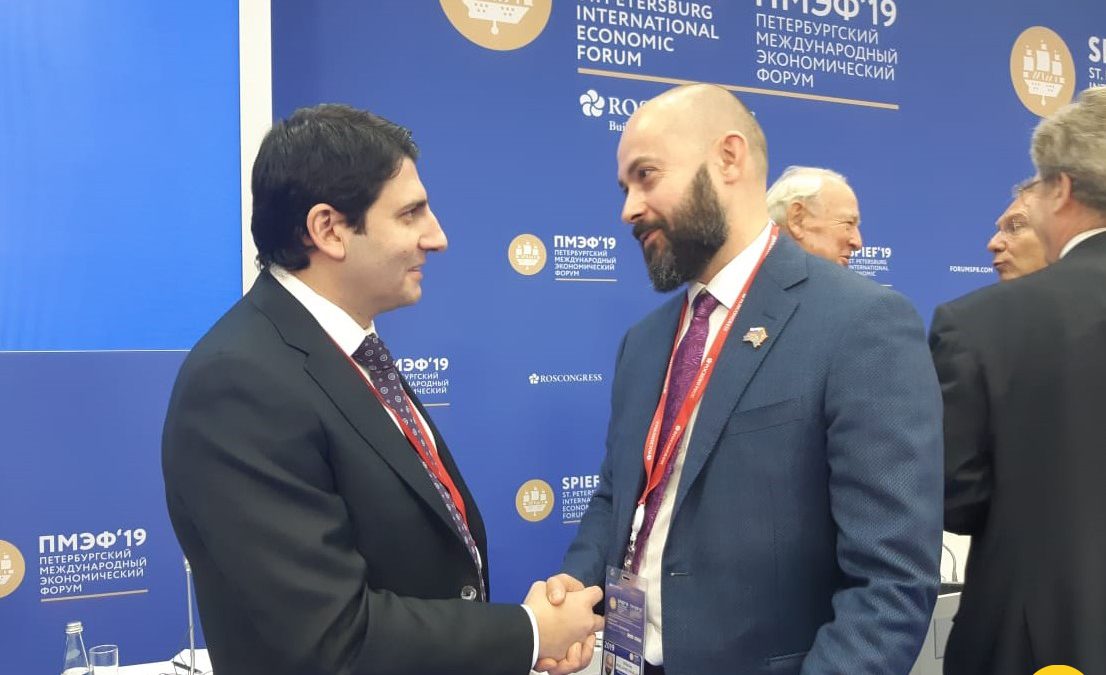 Saint-Petersburg International Economic Forum 2019, held in the Northern Capital on June 6-8, has ended.

This year the Miklouho-Maclay Foundation traditionally took part in this significant event. During the three Forum days, the team of the Miklouho-Maclay Foundation held many negotiations and meetings with representatives of Russian business and Government agencies on developing further cooperation between Russia and Papua New Guinea in cultural, humanitarian and economic spheres. In particular, during the negotiations the Miklouho-Maclay Foundation confirmed the plans on holding cultural events at the Russkiy Mir Cabinets (Cultural Centers) in Port Moresby and Madang, involvement of young scientists to study Papua New Guinea and Oceania in order to continue the studies of the region, confirming the historical presence in Papua New Guinea, preservation of historical ties, coverage of the achievements of the past centuries. Common ground was identified for Russian companies’ business activities in Papua New Guinea. Foundation representatives also attended sessions and meetings where important and interesting topics were discussed.

It should be noted that SPIEF this year followed soon after the event “Russia – Papua New Guinea: cooperation perspectives” held on May 13 in Port Moresby, the capital of Papua New Guinea, and organized by the Foundation in cooperation with the Ministry of Economic Development and the Ministry of Foreign Affairs of the Russian Federation. The results of this event set the main direction of the Miklouho-Maclay Foundation activity at the Forum.

Reference: Saint-Petersburg International Economic Forum (SPIEF) has been held since 1997, and since 2006 it has been held under the patronage and with participation of the President of the Russian Federation. Over the years, the Forum has become a leading global platform for business representatives for communication and discussion on key economic issues facing Russia, emerging markets and the world as a whole.

SPIEF 2019 has surpassed the last year’s Forum in terms of the volume of signed Agreements and the amount of deals, as well as exceeded the previous record in the number of participants: more than 19 thousand people from 145 Countries took part in the